Recently, Cameron Bancroft has revealed that David Warner suggested him to conduct the ball-tampering scandal during the Cape Town Test in this March. Darren Lehmann, who was the head coach of Australian cricket team at that time, said that Bancroft should’ve come to the coaches and discussed that.

On day three of that Cape Town Test, Cameron Bancroft was caught in video footage where he was trying to alter the ball condition by using yellow sandpaper. Later, it was revealed that the skipper Steven Smith and the vice-captain David Warner played the leadership role in that incident. While Smith and Warner have been suspended by Cricket Australia (CA) for one-year, Bancroft has been suspended for nine-month by CA.

Also read: Virat Kohli Is In Touch With David Warner

Recently, Smith claimed that it was his leadership failure where he had the opportunity to stop that but he didn’t do that.

Now, Bancroft revealed that Warner suggested him to carry that ball-tampering action while he just wanted to fit in and feel valued inside the team.

Also read: Cameron Bancroft Explains The Importance Of Yoga In His Life

In the reaction, then Australian head coach Darren Lehmann, who stepped down from that role just after completion of that South Africa tour, said that Bancroft should inform them about Warner’s ball-tampering advice.

Lehmann told Macquarie Sports Radio, “Yeah, he could’ve and should’ve (come to the coaches), I think he says that. He should’ve come to us, at the end of the day it was a mistake — we know that. (It was) a severe mistake made by the guys and a lot of people have suffered one way or the other through that. We know it shouldn’t have happened, but it did.”

Lehmann also spoke about Smith, who recently admitted that he could stop that incident but didn’t do that. The former head coach feels that Smith should take more control of the team.

Lehmann said, “Smith as captain, his disappointing thing that he spoke about was as captain of the country he should’ve had more control of it. Steven decided to turn a blind eye … I still can’t understand the pressures of captaining your country, it’s quite high you would think.” 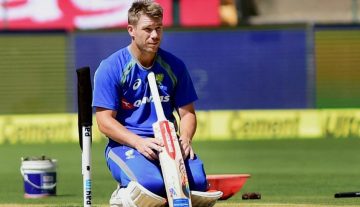