On Wednesday, famous playback singer and lyricist Arunuraja Kamaraj announced that he is planning to make a film on Indian women’s cricket.

Twitterati went berserk after hearing the news of the film. Former Indian women’s cricketer Snehal Pradhan also got excited after hearing the announcement. She took retirement from the game but has taken up sports writing as a career.

Pradhan asked the director Arunraja whether the state level cricketers will be given a chance in the film. Arunraa replied with affirmatively.

Here is their conversation:

Now a movie on women's cricket! @Arunrajakamaraj , where are the auditions? Be great if you pick up some of the current state players. https://t.co/Uq70We3BYE

those who are interested can send in their portfolios (photos) with contact details via mail. [email protected] 🤝

If things go as per the reports of Moviecrow.com, then we might see real women cricketers acting in the film. The reports also suggest that the film will be similar to Bollywood flick Dangal.

According to the IANS reports, Arunraja said, “I was driven to cinema by direction, which has been a long-time dream. In fact, I entered the industry with the hope of becoming a director but I had to write to support myself. I wrote and directed a few short films and even worked as an assistant director in ‘ettai Mannan’.”

He further added, “This is going to be a film on sports, focusing on women’s cricket. I wrote the script much before the just concluded ICC Women’s World Cup in which the Indian team won millions of hearts with their tremendous game and passion.” 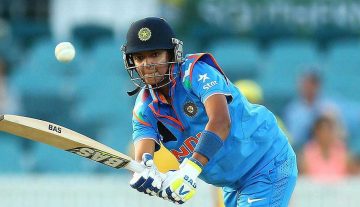