In the recently concluded Pakistan Super League (PSL) player auction, the South African leg-spinner Imran Tahir was among the top purchases in the third edition of this exaggerated T20 league. Being bought by Multan Sultans in the platinum round tells the amount of variety he brings to the team.

The Lahore born bowler began his career in Pakistan and may be as privately familiarized with the exquisiteness of Pakistan cricket as several local cricketers. That means the Multan squad could have a more Pakistani feel to it than perhaps any other.

Imran Tahir has been at his ferocious best from last year and a half. Being a regular face for South African limited over the squad, the 38-year-old bowler has been able to spearhead the bowling attack from the front and give all-important wickets. His experience may prove to be crucial in his maiden PSL season. Tahir took Twitter to thank the franchise and expressed his willingness to play in PSL and work alongside his idol, Wasim Akram.

Imran has the expertise to provide all-important wickets at the crucial moments of the game, and what stands out is his over the top celebrations and contagious joy for the game, the feel-good factor of Tahir in form could sweep right through the squad which eventually might help the franchise to get their hands on the coveted trophy. It will be interesting to see whether Imran can do justice to his selection.

Tahir has not been in best of his form against India in the ODI series, and will once again be eyeing to prove his stature at this level. Earlier he was released by the South African unit eyeing the workload which means, Tahir might well play from the first game. 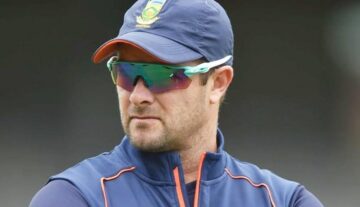