Ahead of the historic Test between India and Afghanistan at the M Chinnaswamy Stadium in Bangalore, Rashid Khan was expected to be the X-factor for the visitors. Quite expectantly, Afghanistan skipper Asghar Stanikzai introduced him pretty early in the first session itself, inside the 15th over, but Shikhar Dhawan decided to take him on and got successful as well. Thereafter, he conceeded plenty of runs.

Rashid was swept, cut, pulled and batsmen even came down the track to smack him over the ropes. Dhawan was severe on him and scored 43 runs from 29 balls off his bowling. His wrong’uns wasn’t turning and the batsmen took full toll of the favorable conditions. Nevertheless, he came back well in the final session on the first day and picked up the Indian skipper, Ajinkya Rahane.

The young leg-spinner could’ve picked up another scalp if Mohammad Nabi did not drop a sharp chance in the slips to dismiss Cheteshwar Pujara. On the second day’s morning, he dismissed Ishant Sharma. The teenager finished with figures of 34.5-2-154-2. Matthew Hayden, the former Australian batsman gave the reason for that why the young tweaker didn’t have an auspicious outing in his nation’s maiden Test.

As quoted in International Business Times, Hayden said, “Rashid I think bowled better as the Test match went on. Having said that, he ended up with (figures of) 2/154. Firstly, he bowled with too attacking fields early, on a first day Test wicket. It was not day four or five, it was the first day (pitch). You needed conservative fields. He was really aggressive and paid the price for it.”

WATCH: Ajinkya Rahane Proves Why Cricket Is A Gentlemen’s Game

He further added, “As the day went on, he started to understand the abilities to bowl his leg-spinners more than his wrong’uns as well. I think he was a bit anxious like they all were that they have arrived at Test cricket. That overzealous behavior hasn’t led to a good performance.” 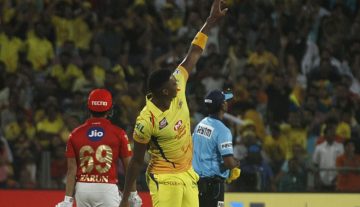