The veteran Indian spinner, Ravichandran Ashwin was the wrecker-in-chief for the visitors on day two of the pink-ball Test by picking four-wickets. He felt like “making a debut” as he stepped on the field to play an international game after ten months. Ashwin last played a Test match in February this year and he had never imagined that he would be playing Test cricket amid the coronavirus pandemic and expressed his happiness over international sporting action resuming.

Talking about the same during the virtual press conference, Ravichandran Ashwin said, “I am so happy that we are playing Test cricket again. It’s been a long time and I didn’t imagine that we will be playing Test cricket looking at what’s happening around. Me being extremely mad about the sport, did a lot of work during the lockdown. So it was refreshing to go out there and bowl, the feeling was great, the pink-ball Test and all that new thing about the pink ball.”

Ashwin garnered a lot of limelight on day two when he dismissed in-form batsman Steve Smith. The spinner acknowledged that it was a “big wicket” and relished the chance of bowling after so long.

R Ashwin elaborated, “Felt amazing to go out there and play. I felt I was making my debut all over again so I really enjoyed bowling. Obviously, Smith wicket was a big wicket. The way he bats, so it was an important wicket and I enjoyed it.”

Eventually, the Aussies were bundled out of 191 in the last session of Day 2 conceding the lead of 53 runs in the first innings to India. At the end of the second day, the visitors are at 9/1 with Prithvi Shaw back in the hut and Mayank Agarwal staying at the crease with night-watchman Jasprit Bumrah. 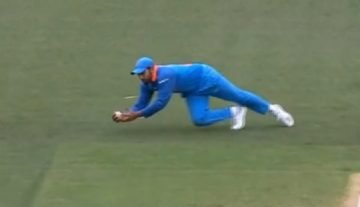