Cricket Australia (CA) has finally revealed the squad for the upcoming Ashes series on Friday morning. Against all odds, Tim Paine has been included in the team after a long gap of seven years from Test cricket.

On Thursday evening, a rumor got spread all over in Australia that national selectors axed Matthew Wade and Peter Nevill from the team and gave Tim Paine a green signal for series against England. The clouds got clear this morning as Paine along with Shaun Marsh included in the team.

In the process, talented young opener Matt Renshaw has axed from the team and Cameron Bancroft will fill the shoes of the second opener, who was in sensational form during this Sheffield Shield season and will make his Test debut in Brisbane. Meanwhile, Shaun Marsh will bat at number six as Glenn Maxwell has not been included.

“Tim was identified as an international player a long time ago and has always been renowned as a very good gloveman, also performing well for us whenever he has represented Australia in any format. His batting form in recent outings for the Cricket Australia XI and Tasmania has been good,” said chief selector Trevor Hohns while announcing the team.

He added “Cameron (Bancroft) has been a player of interest to us for some time now, having been unlucky to miss out on the Test tour to Bangladesh that was cancelled in 2015. Shaun (Marsh) is playing very well at the moment, having scored consistently in the JLT One-Day Cup and first three rounds of the JLT Sheffield Shield competition.”

Hohns thinks that Wade and Renshaw have to find their form at the domestic level, thus they are not included in the squad.

“Matt Wade has been left out of the squad following some inconsistent performances with the gloves and lack of form with the bat. Unfortunately, his run of performances did not improve in the early rounds of Sheffield Shield and we have opted to make a change,” Hohns added. “We still view Matthew (Renshaw) as a player of immense talent, but he is out of form at the moment and we don’t feel an Ashes Test match is the best place for him to find form.” 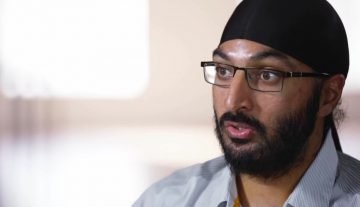 News
By CricShots - May 25, 2019
Monty Panesar Acknowledges Some His Ball-Tampering Incidents